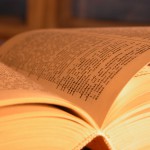 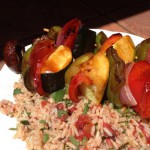 As a vegan (or someone thinking about becoming vegan), it is likely you’ve come across many people who portray vegan diets negatively. There are tons of comments perpetuated about the vegan community that simply aren’t true! And since, like all people, no two vegans are the same, these kinds of generalizations are usually based on stereotypes. I’ve found some of the most common myths about vegans and compiled them into this list to try to clear things up! What are some myths about veganism that you’ve heard? Tell us below!

The Top 5 Common Myths About Vegans

This is totally false – in fact, according to the most recent survey by Vegetarian Times, 53% of vegans chose this lifestyle primarily based on health reasons. Like our own Caroline, they read up on nutritional studies from experts in the health field (like Dr. John McDougall), and decided that their health would benefit from a plant-based diet. Of course, plenty of vegans are animal lovers, and plenty changed their diet because of this (and/or because of environmental concerns). The point is, everyone becomes vegan for different reasons, so this myth is totally false.  Perhaps this myth gained credence due to the fact that the most vocal vegans often tend to be those most concerned with animal rights and environmental factors (based solely on my personal observations, of course!), because those issues affect everyone – whereas health issues tend to be more personal.  Let me know if this has been your experience!

The only thing vegans eat is salad 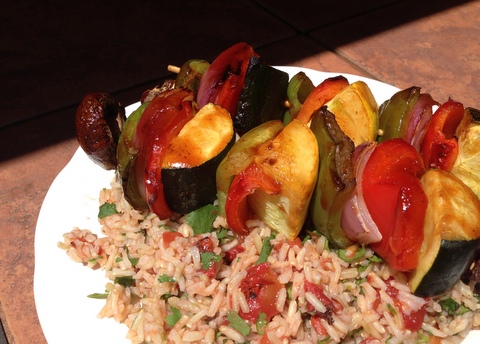 If you’ve browsed the Garden Dish site for more than 30 seconds, you probably already know that this is just a myth! Vegans have a ton of variety in their diets, and enjoy plenty of great foods, like Kebabs, Gnocchi, and Stuffed Mushrooms. And vegans are just like everyone else – they don’t all like the same things. This means – shocker – that there are some vegans who don’t actually like salads. Since there are so many other great vegan options out there, they get along just fine!  According to Vegan Outreach, most vegans claim that the variety in their diet actually increases after going vegan, rather than being restricted.  Once you start eating plant-based, you discover plenty of foods you’d never tried before, like quinoa and kale.  This myth started most likely due to the fact that removing things from your diet seems like it would be restrictive, but in practice, it just isn’t true.

Vegans have a hard time getting enough protein

Not so! Though many people don’t realize this, protein comes from all sorts of sources – not just animal products! In fact, omnivores get a lot of their protein from other sources as well. Things like lentils, black beans, tofu, potatoes, and peanut butter all contain a good amount of protein, according to PETA. You’d probably have to go out of your way as a vegan to avoid getting enough protein.  In fact, according to PCRM, most omnivores are actually eating an excessive and potentially unhealthy amount of protein!  The belief that people need an excessive amount of protein in their diets is a classic one, which PCRM says was perpetuated by the health industry until the 1950’s, and it’s still going strong.

If you’re really interested in this particular myth, Tim did a great blog post on it a while ago that gets pretty in depth about why this is a myth and which plant-based foods are full of protein.

Being vegan is expensive 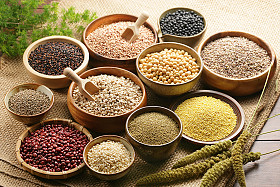 In fact, a vegan diet is often less expensive than an omnivoric diet. An omnivore trying to be healthy will generally buy tons of fruits, veggies, and meat and animal products, while a vegan will only have to worry about the fruits and veggies. Even if you stick to buying only organic, fresh fruits, veggies, lentils, beans, etc, you’ll still probably end up saving money with a plant-based diet!  Another great benefit of a vegan diet (according to PETA) is that quite a lot of it can be bought in bulk and will last for a very long time (like rice, beans, lentils, nuts, etc).  Veggies can be frozen so that they last longer as well, so there’s not very much food wasted in a vegan diet – unlike in an omnivoric diet, where eggs, milk, and cheese routinely go bad and are thrown away.  This myth is probably rooted in the more expensive vegan substitute foods (like vegan cheeses, tofurkeys, etc) that a most people eating a plant-based, whole-food diet try to avoid.

If you’re interested in reducing your spending even further, there’s a great book by Ellen Jaffe Jones called Eat Vegan on $4.00 a Day: A Game Plan for the Budget Conscious Cook that can help you do just that! Have you noticed that you spend less money on food since becoming vegan?

Vegan diets are unhealthy for children

This last one is heard all over – in fact, I just read a news article the other day saying that raising children on a vegan diet is akin to abuse. This is not true! So long as you’re feeding your child a good variety of foods and not just allowing them to subsist on a diet of solely french fries, it is perfectly healthy to feed children a plant-based diet! They can get all the nutrients they need to be just as healthy – if not healthier – than their peers.  According to the Vegetarian Resource Group, feeding a vegan child can take some thought – but no more than it takes to feed any other child.  You should take care to ensure they get all the nutrients they need, just like you would feeding an omnivoric child.  This myth probably originated based on a combination of the misinformation about nutrition in a vegan diet and the news stories about vegan children who were malnourished (because their parents weren’t feeding them the right nutrition).

Go Spread the Truth about these Common Myths about Vegans!

Now that you’re armed with facts about vegans, rather than just myths, feel free to spread to knowledge to anyone still perpetuating these myths! The more educated people are about the great benefits of a plant-based diet, the better. The number of vegans in the world is rising by the year, and hopefully this trend will continue once these myths are debunked! How do you respond when you hear incorrect information about plant-based diets? Let me know in the comments!