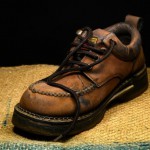 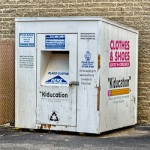 Before becoming a vegan, people (generally) accumulate a ton of products made with animal products, whether they realize it or not.  Leather shoes, belts, purses, jackets, etc. are everywhere, and then there’s fur.  One thing I learned when I researched vegan hiking boots is that there are animal products in all sorts of places you’d never even expect, such as in the glue that hold shoes together.  It would be incredibly difficult to not have a collection of non-vegan clothing, cosmetics, and household objects built up by the time you reach your twenties.  So the question is:  what do you do with all that stuff once you become vegan?  Everyone’s ideas are different, and they all have valid points!  So I’ll share some of the most common responses to this issue that I’ve run across.  How did you handle all of your non-vegan items when you went vegan?

3 Great Options for What to Do with Non-Vegan Items

Keep on using them 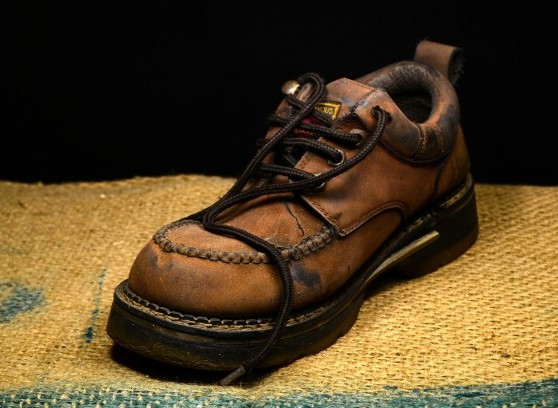 Vegans, in general, aren’t interested in producing extra waste, so of course just throwing out their old non-vegan items is not usually the go-to option.  Simply using a non-vegan item that has already been produced and purchased doesn’t really contribute any more to harming animals. Some see no ethical issue with simply continuing to use the item until it wears out, then replacing it with a new vegan item.  This is definitely a legitimate option, and it is the cheapest and simplest way to go about things. 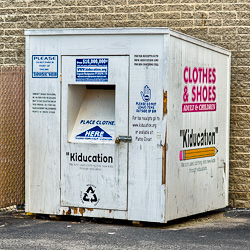 It may be, however, that you aren’t comfortable with continuing to use animal products or other non-vegan items, and that’s totally fine as well.  Donating items to those in need is a viable option, because it allows you to purchase new vegan goods (as well as support vegan companies) and help those in need at one time.  You may run into an issue with something like a leather couch or chair, depending on the condition, but you may be able to give it to Goodwill or a similar donation center, assuming you’re okay with it being sold second-hand.  As for clothing, donation bins can be found all over the place; many churches have them, as well as stores who specialize in selling second-hand items (like Plato’s Closet).

Give them to friends and family who are omnivores

This is probably my personal favorite approach.  If a family member is out looking for a leather jacket and planning to buy a new one, what better way to reduce waste than to give them yours?  Not only are you able to get rid of an item you find unethical without throwing it away, but you are now eliminating the chances that that person will buy an item that uses animal products as well.  This may be easier said than done when it comes to certain items, like shoes, but when done correctly can make you feel good about decreasing the number of non-vegan items that are being purchased while you buy new vegan items.

Now That You Know the Options, What Will You Do with Your Non-Vegan Items?

Personally, I think the answer, for most people, will be a combination of the three options.  Some things will be easy to give away to friends, some things you’ll donate, and others you may feel okay just using till they wear out.  There’s no right or wrong answer (although it might not be the best idea to just throw them away and add to the landfills!)  I always love giving my friends and family my old unused, non-vegan bath and cosmetics products since I have mostly switched over to vegan products, because it seems like less of a waste.   No matter what, these options all make being vegan practical, since you won’t be wasting!  Do you have any other ideas for these old items?  If so, let me know in the comments!