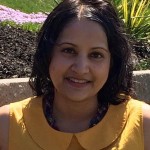 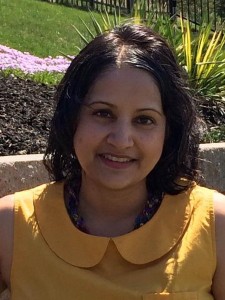 When you meet with your doctors, how often do you talk with them about what you eat? If you visit Dr. Uma Purighalla at her office in Bethel Park, Pa., you can bet that nutrition will be brought up during your visit.

Due to her Indian heritage, Uma Purighalla has been a vegetarian her entire life. However, after learning about life changing studies such as Forks over Knives and The China Study, Uma realized that being a vegetarian wasn’t good enough. She wanted to eat plant-based, so she did. Uma said that eating plant-based not only makes her feel alive and energetic, but makes her think and move better, too. This newfound energy felt so good that she wanted to spread the word about plant-based living to all of her patients, and anyone else who would listen.

Uma said, “I wanted everybody to feel excellent.”

She wasn’t always so healthy, however, despite being a vegetarian, and she wasn’t alone.

According to Uma, India had the highest rate of heart disease and diabetes despite 40 percent of the population being vegetarian. Uma said that ready-made packaged potato chips are partly to blame for the country’s heart disease, diabetes and obesity rates.

“I strayed away from my mother’s healthy cooking and I became a cheese-itarian, and I became an oil-itarian, and a sugar-itarian,” Uma said. “And I realized, as I was going through life, I was thinking, Oh, I’m healthy. Look, I’m a vegetarian. But there were no vegetables in my diet. I mean there were, but they were cooked to death.”

The physician admitted that she loved cheese, but said she had no problem cutting it from her diet when she learned how unhealthy it was.

She said, “When I read the book The China Study, I said I want to do this… I just had to learn how to cook without oil as Dr. Campbell had suggested, and try non-dairy ways of making the dairy things.”

“We live in an information world. If there’s a will, there’s a way,” Uma said. “If I want to make vegan mac n’ cheese and make it taste excellent, I will find it. And I will know the rules to follow, so everything else is an excuse—at least for me.”

“I make chocolate mousse, obviously with tofu, and it’s to die for. I can have my cake and eat it, too. It wasn’t hard once I had the knowledge and the connection that I want to feel good. We’re all searching for happiness and homeostasis and balance.”

Curious about the yummy things Uma cooks up in her kitchen? Check out her YouTube channel, featuring delicious vegan recipes for jelly donuts, fudge brownies, chili, as well as a bunch of quick snacks!

Uma said she always discusses nutrition with her patients, unless they are already following a healthy diet, of course. “You won’t leave my office without me talking about food,” she said.

“It’s sad that it’s not common, because it really is such a centerpiece in therapy,” Uma said of eating plant-based. “I’m seeing it—the people who are rolling up their sleeves and trying it.”

The doctor said that while her nutrition talks and diet suggestions leave an impression on all of her patients, she believes she has profoundly impacted about 10 percent of them. Uma added that many other patients continue to make small but important steps toward a healthier lifestyle.

“As an internist, I see people with high blood pressure and diabetes. These are the individuals who are meeting me because they have deep-rooted issues and many of them revolve around food and habits,” Uma said. “If you’re not in a good place in your heart, how can you heal?”

Uma said she has told Lupus patients with butterfly rashes and high bloodwork to eliminate dairy, and in some cases gluten, from their diet. The doctor was amazed at how beneficial a healthy, plant-based diet could be.

“It’s profound how things can normalize, and the fact that we put nutrition on the back burner and we haven’t been talking about it is a crying shame,” Uma said.

She went on to explain that it’s a constant battle trying to educate people on the benefits of a plant-based diet and the importance of nutrition.

“You have your good days and you have your bad days. You have those days when people just don’t get it. You try to work with them where they are, without intimidating them, and show some compassion for their food addictions. But then there’s some of those days when that person has an epiphany and they have a transformation. That’s what makes it so worthwhile,” Uma said.

Uma said she approaches the topic of nutrition based on where the patient is in their life because she understands that people move at different paces. Some patients are more willing to convert to a healthier diet than others who may need more time and encouragement. Uma likened food addictions to an addiction to methamphetamine: even though people know the food they eat is unhealthy, the bad habit is comforting. She called this a comfort disorder, a term common to those familiar with Ayurvedic medicine, meaning people are gaining too much weight without being physically active.

“It’s not the right food prescription for us now,” Uma said.

Ayurvedic medicine, developed in ancient India, believes it’s important to view food in context, according to Uma. She said Ayurvedic medicine acknowledges that everyone’s body is different and that one specific diet won’t work for everyone.

For example, Uma explained how the diet of an Amish person should be different from that of a person living in the city. Uma said that the Amish tend to crops, milk the cows, build their own house and barn, and get their own supply of well-water.

“We aren’t living like Amish people,” Uma said, “so most of us should be giving up the animal food and dairy.”

No matter what mindset the patient has, Uma said that focusing on delicious, fun recipes is key. Uma also said that it’s important to focus on what food you need to add into your diet rather than what you need to eliminate.

“Sometimes I get that patient who might have watched my videos or went to my webpage and they definitely want to do this. I will still focus on the recipes first. You make a list of things you love to eat, and now we’re going to weave them in. Some people want to do it all at once and some people don’t,” Uma explained.

“If there’s some food that you just love, don’t tell your brain you’re not going to have that, because the moment you say that you’re going to want it and you’re going to cave in. So it really is one recipe at a time. There are some people who have textural issues—they don’t want to even think about plants, and for those people I’ll say, Hey, let’s use oatmeal as a gateway drug,” Uma said. She continued that eating oatmeal, sweetened only with fruit, as a pre-filler food before eating any meal or going out to a restaurant is a great idea for those looking to lose weight.

The doctor added that seitan is a good transition food for those with textural issues and said that Buddhist monks subsisted on the wheat protein. However, this suggestion came with a warning.

“There are some people that flourish on wheat and some people should stay the heck away from it. That’s the same with almost any food,” she said, noting that people with gluten-sensitivity should avoid seitan.

Uma readily admitted that she is often disappointed when it comes to vegan desserts, but has a solution.

“I always want something sweet afterwards,” she said. “That’s why I stockpile my fridge with homemade plant-based desserts so that I know there’s something waiting for me at home.”

Uma said that her family is vegetarian, including her husband, but that they all eat vegan at home. She admitted that while everyone eats healthy at home, occasionally—but not often—her husband or daughter will eat something with cheese while out of the house.

Check out Uma’s homemade recipes featured on her website.

Although Uma stresses nutrition and a healthy, well-balanced diet, she said that forming an exercising habit is just as important.

“I run two miles a day. If it’s a crazy day and I don’t have time for that, I’ll get on the treadmill and run for five minutes. It’s all about the ritual and getting a pattern and knowing that every little bit counts. I do yoga for about twenty minutes a day and I meditate. If I don’t do it, I go out of my mind. You come to know what good feels like, and you just want to stick with it. Start small. Try to promise yourself five minutes a day and exercise to an awesome soundtrack,” Uma said. “Focus on: I want to exercise because I want to feel high right now.”

Uma had said something that came as a surprise to me: “There’s a lot of vegan bodybuilders out there,” she said.

“You do see plant-based, vegan bodybuilders who do phenomenally well and their recovery is better and their bloodwork is better.

“Dr. John McDougall talks about the men of barley and beans—the gladiators. Archeologically, their burial ground was discovered in Turkey and their bones have been analyzed. They turned out to be plant-based bones, and they’re incredibly strong,” Uma said.

Uma said that those on the opposite spectrum—the bodybuilders who eat a lot of protein and meat—are not as healthy as they may believe.

“They have a lot of inflammation. Their bloodwork is horrible. It’s frightening,” she said.

Uma believes that eating plant-based is not only good for the human body, but also for our planet.

“From an environmental standpoint, the planet cannot survive this way,” Uma said. “I think we owe it to ourselves to be good stewards of the Earth. The planet is sick. It’s toxic and sick. It’s fished out, it’s milked out, it’s cattled out.”

What encouraging words does the doctor have for anyone just starting out on a plant-based way of eating? “We have proof that eating healthy is really, truly a fun and pleasant and beautiful experience,” Uma said.