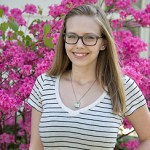 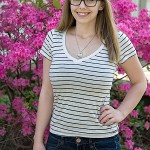 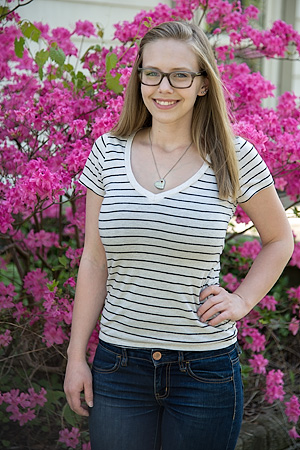 Hi, I’m Cassie, and I’m a freshly-picked intern here at Garden Dish. I’m heading into my senior year at Duquesne University, focusing on advertising and writing. I love hiking and exploring the outdoors, as well as reading and watching movies. My dad is an amateur photographer, so I frequently help him with his photo sessions. Sometimes I’ll even venture out with a camera myself (even though I’m not so great at it). I also work part-time as a barista at Starbucks, so you can imagine that I’m slightly addicted to coffee. If all that isn’t enough, here’s my confession:

I’m what I’d like to refer to as ‘vegan-adjacent’; that is, I currently live with a vegan, who also happens to be my cousin, Ann. The transition to living with a vegan was harder than I originally anticipated. I’d always grown up around home-grown veggies, as my dad has a fairly prolific garden, so I always thought I was pretty well-adjusted to fresh food, but I was wrong. The things that we could – or would – both eat never seemed to overlap. There was a lot of spaghetti with marinara sauce, salads, and even peanut butter and jelly when we tried to eat together. At some point, it hit me that while I felt like I was giving up a lot to eat that way, I really wasn’t. I was eating the same way I always had, just without meat, and I was forcing her to eat PB&J’s instead of meals she genuinely liked. Why shouldn’t I at least try to eat differently when we were eating together?

Things came together when I realized how much I genuinely, really like beans, especially in Mexican food, which I’ve always loved. It wasn’t really a compromise at all for me to eat beans instead of meat, and after that, things became a lot easier. I even ventured into tofu occasionally, though it had always scared me, since it seemed somehow ‘artificial’. Really, I started wondering why I ever really thought eating with her was a compromise at all. There’s no reason why a vegan and a non-vegan can’t both eat the same meal and truly enjoy themselves.

I think that being open-minded about things can really broaden one’s horizons, whatever your eating habits may be. I look forward to interacting with everyone!