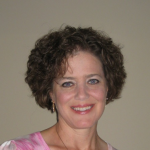 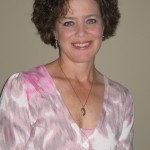 I’d like to introduce you to MVP Tracey Eakin, a plant-based nutrition counselor living in Pittsburgh, PA. Tracey was a vegetarian for 20 years and adopted her plant-based lifestyle 6 years ago. Tracey said she was a junk food vegetarian, meaning she ate a lot of meat substitutes and processed foods that were high in fat. Now, Tracey is healthier than ever due to eating low-fat plant-based foods. Not only has her cholesterol dropped without the use of medication, but she said the pain from the osteoarthritis in her knee has disappeared, meaning she no longer needs a knee replacement. Although Tracey originally went meatless because she’s an animal lover, she decided to go vegan after being diagnosed with an autoimmune disorder.

When her doctor diagnosed her with idiopathic thrombocytopenic purpura or ITP, a disease that made her body destroy her platelets, Tracey decided to take action. “My doctor called me and said, You have ITP. It’s not a big deal, we’ll monitor your platelet count. If it gets too low we’ll either give you platelet transfusions or we’ll remove your spleen,” Tracey recalled her doctor telling her. She thought a transfusion and having an organ removed was a bit extreme, so Tracey began researching ITP and the affect that diet had on the disease.

Tracey soon discovered that a plant-based diet could vastly help her with ITP. However, Tracey said that her ITP didn’t resolve completely until she eliminated eggs and cheese from her diet in 2008, which was a challenging but necessary feat for the cheese-lover. “Just like with any autoimmune disease, the damage is done. If I had a platelet transfusion to get my platelet count back up to normal, it would stay normal now,” Tracey said. “Wherever I halted the disease, that’s where the platelets are hovering.”

Despite having a successful career in finance for 13 years, Tracey decided to become a nutrition counselor after she realized what amazing results a plant-based lifestyle could give. She wanted to help people, and that’s what she’s doing. “I’ve been very choosy about the curriculum I’ve taken,” Tracey said, noting that she’s completed the Cornell University T. Colin Campbell Plant-Based Nutrition Certificate Program, The Starch Solution by Dr John McDougall, and The Board Certified Holistic Health Practitioner by the American Association of Drugless Practitioners, or AADP. “If we’re going to be ambassadors for this lifestyle we have to be able to defend it and explain it,” Tracey said.

From years of researching Tracey has created her own 200-page document with about 700 sources on different medical conditions, such as diabetes or diverticulitis, for her clients. She’s organized it by basic categories so she can quickly find information about each disease and disorder she’s researched. Tracey cares about her clients and wants them to adopt a healthier lifestyle so they can live longer and more happy lives, without having to rely on medications. If you’re interested in Tracey’s counseling services or her free e-newsletter, you can visit her website here. “I charge one fee, $100 up front, for a consult as long as they want and they have access to me forever afterwards,” Tracey said. “I don’t want people to go broke trying to be healthy. Tracey also has an e-book which includes sample grocery lists, recipes, dairy and meat substitutes, and other helpful hints on transitioning to a plant-based diet. You can buy her e-book for only $9.99 here.

“I basically see myself as a conduit. I’m not telling people nutrition made up by Tracey Eakin,” the nutrition counselor said. “Since I love to spend all that time researching, I put in the time that people with busy lives can’t and I condense it down to really easy-to-apply principles and tips.”

It’s clear that Tracey loves to help people make positive changes in their lives and help them through the transition to a plant-based diet. I asked Tracey if there was something she wishes she’d known during her transition years ago. “I wish I had somebody to help me. Someone who had finally figured out who to listen to and who to block out,” she said.

So who does Tracey look up to for inspiration? Dr. Michael Greger, Dr. Caldwell Esselstyn Jr, T. Colin Cambell PhD, Dr. John McDougall, Dr. Neal Barnard, Dr. Matthew Lederman, and Dietitian Jeff Novick are health professionals in the forefront of the vegan movement and that’s why Tracey finds them inspiring. She also looks up to Chef AJ, who recommends eating 2 lbs of veggies per day.

“Take control of your health and the health of your loved ones by educating yourself on the best way to nourish your family based on what sound, objective science demonstrates. No one cares more about them than you,” Tracey said. If she could only point people to one source, Tracey said she would recommend Michael Greger, MD.

Tracey said her husband and mom are her main support system. “My mom goes to every seminar I have, every class I give,” Tracey said. “She’s been very supportive even if she doesn’t embrace the lifestyle completely.” Tracey said that everyone else is very supportive, although they’re guarded toward a plant-based diet. “They only go to a point where they don’t want to know. I can tell it’s because if I told them what their lifestyle was doing and likely setting them up for, they’d have to come to an unwanted decision,” Tracey said.

“I’m responsible for feeding my husband and 2 boys, so I cook most of our meals,” Tracey said. “I don’t like to cook and I’m not good at it, so if I can do it, anyone can.” Tracey said she likes easy-to-make recipes and meals such as burrito bars or do-it-yourself baked potatoes. The nutrition counselor said she buys Gardein burgers and veggie sausages, which everyone in the house enjoys. Tracey said that when she gives herself a pass to eat unhealthy vegan foods, she’ll enjoy treats such as Newman-O’s™ cookies, French fries, Earth Balance™ buttery spread, Amy’s™ roasted vegetable pizza, or Daiya™ jalapeno havarti style cheese wedges.

Although Tracey doesn’t have any favorite local restaurants, she said Veggie Grill is a delicious and vegan fast food restaurant. “It makes plant-based as quick and easy for the average busy person as McDonalds is to someone who eats the standard American diet,” Tracey said. Unfortunately for most of us, Veggie Grill only has locations in Oregon, Washington, and California. I’m hoping Veggie Grill will expand to all parts of the country one day!

And what about Tracey’s long-term diet goals? “To consistently eat as simply as possible from whole vegetables, fruit, legumes, and whole grains while completely eliminating processed foods including sugar, added fat, and salt,” she said. The mother of two is also on a quest to create healthy, vegan potato chips.

It’s wonderful that there’s people like Tracey Eakin that have a passion for helping others, especially when it’s comes to someone’s well-being. She was able to eliminate her arthritic pain from her knee, resolved her idiopathic thrombocytopenic purpura, avoiding the threat of platelet transfusions or the removal of her spleen, and now her cholesterol numbers are great. Using good researching skills, Tracey’s helped many people become healthier, prevent surgeries and avoid being prescribed numerous medications. Don’t forget, Tracey offers a lifetime of advice and support for a one-time fee of $100.