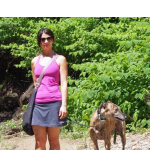 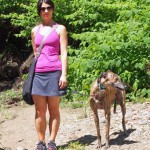 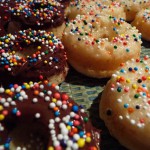 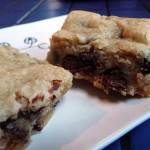 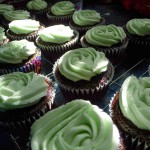 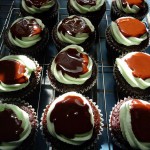 Here’s the concluding segment of our interview with Jennifer Kent. In case you missed it, you can read part 1 of the interview here. Jennifer dished out some cooking tips and talked about memories of eating vegetables as a young girl. You can find out more about what Jennifer cooks up in her kitchen by reading her blog here.

Jennifer enthusiastically announced that Ali Baba is her go-to place for lunch (how convenient!), and said her favorite restaurant for dinner is MadMex. “There are so many different, really great vegan options with their appetizers and main courses. They even have a vegan carrot cake for dessert,” she said. She commented that the food at MadMex isn’t limited to vegan fare. “It has something for everyone,” she said. You can find MadMex locations and check out their menu at http://www.madmex.com/.

Jennifer said she didn’t use dairy substitutes when she first went vegan. However, she said she now occasionally uses replacements since she’s in the vegan-habit. “I will have pizza with Daiya cheese because that just came on the market and is a good option,” she said. She said she had tried vegan cheese before but found it unappealing, so she’s glad there’s finally a tasty alternative. She’ll also eat vegan cream cheese every now and then, too, and she’s been trying out Gardein’s plant-based products. “There are better alternatives than there were when I first went vegan,” the lentil-lover said. Jennifer said she avoids cooking with oil and instead uses vegetable broth. However, her home-made caramelized onions are one of the rare times she’ll break out the olive oil.

To find and develop new recipes Jennifer uses the online community of vegans for help and support. “I used to get Vegetarian Times, which isn’t all vegan, and there was some stuff that I would make. I actually just let my subscription expire after eight years,” she said. Jennifer also said she’s done recipe-tasting for four books. Yum!

“I just love simple meals where it’s like a bowl of really good cherry tomatoes, fresh cucumbers, and locally grown, in-season vegetables,” she said. “My dad had a huge farm and we ended up selling things to the local grocery story,” Jennifer said, telling a story about her childhood. “I remember in the summer having a paring knife and going into the garden and sitting there eating vegetables.”

She said she also loves anything with lentils in it. “You can make anything out of lentils and they’re just so filling. It’s a super food and it’s good for you.” Naturally, she ordered the lentil soup at Ali Baba. Jennifer said she loves a bowl of steamed kale with dressing (for summer) or gravy (for winter).

Although she tries her best to get all her nutrients, she said she struggles with getting enough whole grains. “I’m great on the fruits, vegetables, and lean proteins,” she said. She’ll eat whole wheat bread and brown rice, but not being a fan of pasta makes it difficult to get more whole grains in her diet.

“I had a friend that I hadn’t seen in maybe five years. She and her husband came over for dinner and she didn’t know I was vegan. At the end of the night, after appetizers and dinner and dessert, I had said something about being vegan and they were both completely shocked,” Jennifer said. “They loved what I made them and didn’t feel deprived at all.”

“I love baking,” Jennifer confessed. “I love making anything. I just made chocolate chocolate chip cookies.” The fitness fanatic said that many people that have tried her baked goods think the vegan version is better than the original. She’s baked things like mint chocolate cupcakes, blondies, and mini donuts.

To follow Jennifer’s adventures in vegan living, check out her yummy food blog and her running blog!

JENNIFER’S QUESTIONS TO ASK AT RESTAURANTS